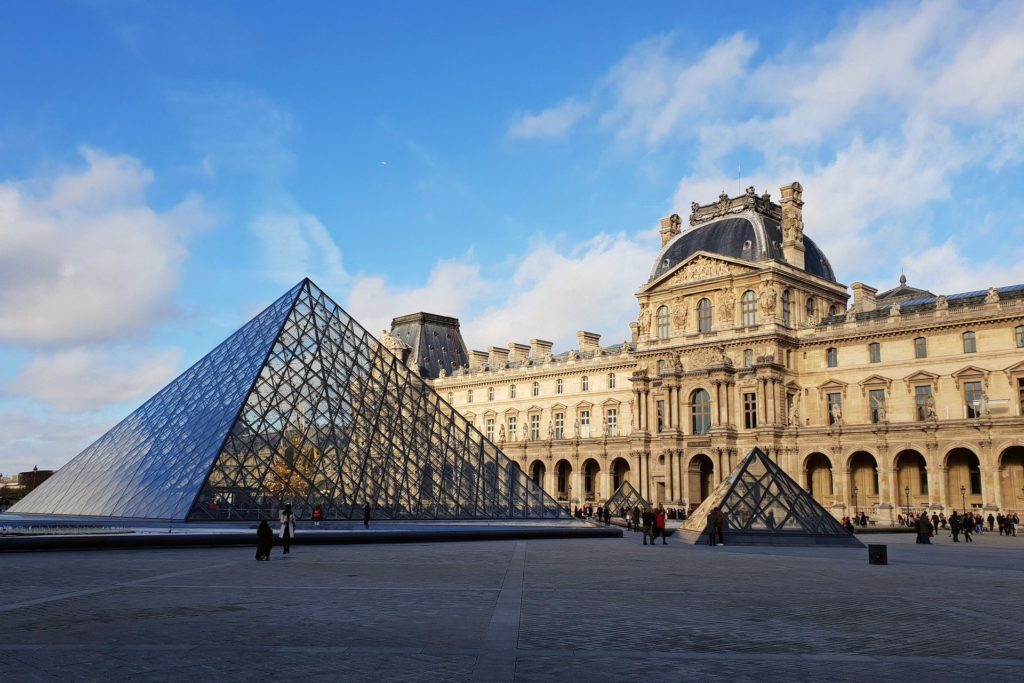 The name alone makes us dream. And there are many of us who dream and visit it every year.

It must be said that there is a lot to see: more than 500,000 works of art are kept there, which is incredible for a Parisian museum.

And among these treasures, there are many masterpieces from around the world. It is a journey through the world and also through the key periods of the history of humanity.

We tell you a short history of this monument of the Parisian artistic life.

« In the Middle Ages, King Philippe Auguste, of the Capetian family, built a fortress near the Seine that would become a royal secondary residence a few centuries later, under King Charles V.
François Ier, in the 18th century, settled there permanently, with his 16 children!

The building will undergo many changes over time but Louis XIV will finally abandon it in favor of the Palace of Versailles. But the museum project was born with him.
It was at the time of the French Revolution that the first royal collections were exhibited.

The Louvre was almost destroyed by fire during the events of the Commune. But the museum was saved from the flames and continued to evolve.

In 1988, the architect Ming Pei built his glass pyramids there. In 2012, Islamic art made its debut in the museum. Today, two “Louvres” are born: in Lens in France and in Abu Dhabi in the United Arab Emirates.»

Have a nice trip in art and culture!

This site uses Akismet to reduce spam. Learn how your comment data is processed.